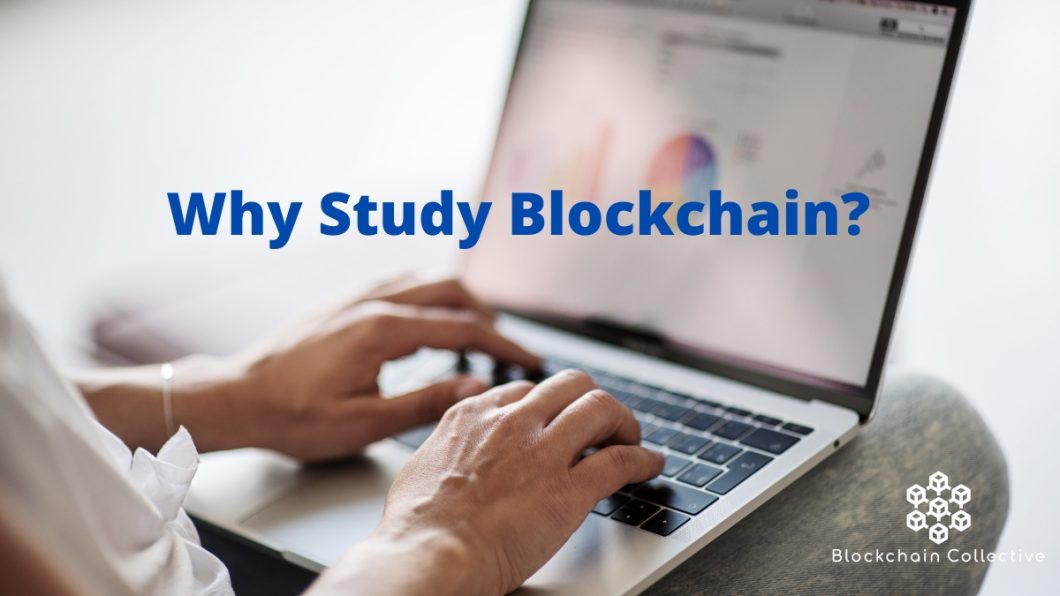 Blockchain qualifications are in hot demand as the awareness of blockchain technology is increasing, most notably during the pandemic in 2020, wherein blockchain played a role in improving industry sectors and for people looking for future proof for the skilled-based economy. We wanted to share 5 reasons why you should study blockchain. Most people think of bitcoin when they hear blockchain and for most people knowledge about blockchain has not moved beyond the scope of bitcoin. These alone are reasons enough to study blockchain course – such as the 10747NAT Advanced Blockchain – and even make a career out of it. But there are numerous reasons to take up blockchain courses in Australia and learn about its applications for different sectors.

It is reasonable, especially for beginners, to have doubts such as, “Is blockchain worth learning?” If you are having such doubts, there is nothing wrong with this. There are several reasons why you should consider studying blockchain but let’s cover at least five reasons for learning blockchain, thereby answering any doubts. There are several viable reasons, but these five reasons are enough to develop a strong motivation and foundation to get a blockchain qualification.

Blockchain is a distributed digitised ledger in which data is stored and distributed across various nodes or blocks rather than being limited to one server or processor. All the blocks in the ledger have a cryptographic link with the block before them in the chain along with a permanent timestamp. The monitoring of access to each block and the implementation of relevant restrictions make it difficult for hackers to access even a single block. Even if hackers could penetrate a single block, it would make no difference since other blocks will only continue what the network was set to do. Blockchain’s decentralised structure makes it immune to any attacks by hackers who are out to steal anything valuable, including sensitive information. Existing storage solutions that follow a centralised storage system is highly vulnerable. Blockchain is digitally encrypted and can be secured and accessed only through the blockchain itself.

WHY YOU SHOULD STUDY BLOCKCHAIN QUALIFICATION?

Since blockchain was introduced in some sectors in 2015, it has recorded a 200% annual job growth. With blockchain ready to advance into every aspect of businesses, now is the time to learn about blockchain. Much of the demand in the blockchain is for people with the ability to understand and communicate the value proposition of blockchain. These are the people needed to lead the changes in the strategic project management, IT, business, legal, accounting, financial, and economic dimensions in all types of industries. Anyone can gain the skills to meet this demand for blockchain. It is even better if you can earn an applied blockchain diploma, such as the 10747NAT Advanced Diploma of Applied Blockchain created by Blockchain Collective.

Graduates of applied blockchain will now have the ability to enable blockchain business operations, transform stagnant industry systems, and lead improved business models. This will position people skilled in blockchain at the forefront of change. Blockchain will become the business model for business collaboration, technology implementation, and the reshaping of supply chains. Blockchain will also play critical roles in organising new systems for cybersecurity, governance, and sustainability.

In just a few years, blockchain has already earned a reputation for improving business operations in several sectors like education, healthcare, government, supply chains, agriculture, and banking and finance. As more businesses and organisations attempt to adopt blockchain, more people will be needed with the skill of applied blockchain.

Blockchain is a universal infrastructure that can store or transfer information anywhere, regardless of country or political affiliation. It can also integrate smoothly with existing processes and systems in any sector and industry. This makes blockchain technology feasible for global implementation. This also means that anyone with a blockchain qualification in applied blockchain can open opportunities anywhere in the world.

Technologies from AI, robotics, machine learning and blockchain are automating systems and processes removing the need for jobs, the future is moving towards a skilled-based economy. No one needs to give up their current career to get a blockchain qualification, blockchain can be applied with existing skill sets. And whether you integrate blockchain technology into your current skill set or use it separately, studying blockchain will assist in future-proofing your career. Some career examples in blockchain include project managers, consultants, educators, engineers, designers, cybersecurity and blockchain developers.

HOW TO LEARN ABOUT BLOCKCHAIN TECHNOLOGY

Inquire for more information about the 10747NAT Advanced Diploma of Applied Blockchain, 10849NAT Diploma of Applied Blockchain, and the Applied Blockchain Intensive 6-Week Course to determine which is the best course to future proof your career in the blockchain ecosystem. Blockchain Collective is a leading education body who was the first to be offering accredited courses in Australia. Blockchain Collective is passionate about providing the necessary skills to people who can meet the global demand for applied blockchain. Once we determine what the right study pathway is for you we can then direct you to an appropriate RTO (Registered Training Organisation) for proper enrolment and facilitating requirements.

Enrol in an accredited blockchain course to gain a qualification.

While earning your applied blockchain qualification, you get to learn:

Digital transformation is here and technology is going to change the way we live, work and communicate. Blockchain technology will be one of the emerging technologies that will underpin the infrastructure of storing data and creating autonomous organisations. As innovation accelerates opportunities open for the individual who takes the time to educate themselves on the technologies of our future. Now is the time to evaluate if your current career will be here in the next 5, 10, 15 years, will your robots take your job, will blockchain remove the human intermediary and replace it with code (smart contracts)?

Blockchain Collective is an educational body working with Registered Training Organisations (RTOs) to deliver a benchmark standard of education that empowers professionals and students with the necessary skills for a future in blockchain technology. The Advanced Diploma of Applied Blockchain or 10747NAT Advanced Blockchain is the first-ever in Australia. This course, and the Diploma of Applied Blockchain, also created by Blockchain Collective, are designed to equip people willing to gain knowledge and experience in applying blockchain frameworks to any business framework.

To learn if Blockchain is the right career path for you, contact us today us to see how we can help you future proof your career.