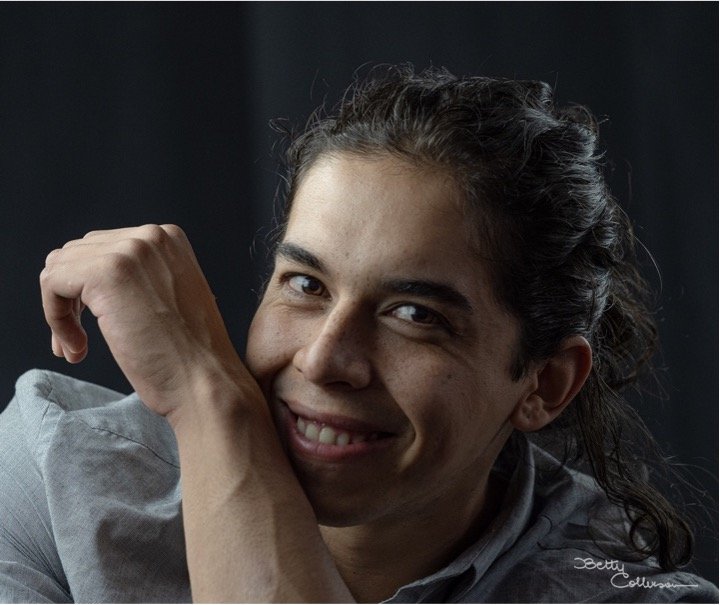 Emmanuel is a student presently enrolled in the Diploma of Applied Blockchain course in Queensland, Australia. He shares how he discovered the course, his motivation for enrolling, and his experience so far in taking the course.

Emmanuel has a Bachelor in International Business and a Diploma in Sociology and Neuro-Psychology. He discovered the diploma of blockchain in August or September of last year. According to Emmanuel, although he’s familiar with the concept of blockchain since he had been involved with cryptocurrency for a couple of years, he wanted to learn more about the information and technology side of blockchain. Also, Emmanuel wanted to take the course to focus on its applications on IoT, big data, and machine learning. At present, he is learning the fundamentals of blockchain and where you can apply it to typical business models.

The deeper essence of blockchain

According to Emmanuel, the economy works because of the politics of a country, and business tries to relate to all this. When he discovered blockchain, he realised that this technology could fuse the economy, politics, and business into a single functionality. This makes blockchain technology perfect to study to try to replicate functionality on computers and software. And all this goes beyond just video games or fake reality. Blockchain brings legality to human actions in software.

Similarities and differences of blockchain to other courses

There are more differences than similarities. For example, in his experience in university, teachers were naturally teaching about business theories and business models. But what can be frustrating is that these are all rigid methods and vintage systems that have remained unquestioned for many decades. No one questions, say, the banking system, because this has been the standard business model for a long time. In short, many business and financial models and methods remain unchallenged and resistant to drastic change, even if this change can improve things.

When you study blockchain technology, you know that this is the kind of change that is needed for the future, and it needs to be implemented now to improve the systems. You realise that there will be a revolution with blockchain. It’s like the revolution with automated cars. This is a revolution that will affect not only the automobile industry but also trucks, tractors, and even trains. Some people might even become unemployed. But it’s a revolution that will change the future. It’s the same with blockchain and its promise of an amazing future.

Why Emmanuel chose the Diploma in Applied Blockchain

Emmanuel searched through many schools worldwide, including MIT, Oxford, and other prominent and well-known universities. Unfortunately, the blockchain courses they were offering were only three or four-week courses and were not fully government-approved. Content-wise, there were also many things lacking, such as the actual application of blockchains to different business models.

Taking the diploma of blockchain made Emmanuel realise that you can’t just learn about blockchain from free courses or YouTube videos. The diploma course challenges you to discover how it can be applied to anything. It’s not worth investing so much time, energy, and money in learning the wrong things from half-baked blockchain courses.

Blockchain being applied or interoperating with other technologies

Blockchain for the future

For those who want to take up a diploma in applied blockchain, Emmanuel advises taking the course to learn new things. Their minds should be open to transformations on how to do things and how things are made. Blockchain will be changing many things in the future, and to be part of this future, you need to study blockchain.

Blockchain Collective is an educational body working with Registered Training Organisations (RTOs) and Universities to deliver a benchmark standard of education that will provide professionals and students with the necessary skills for a future in blockchain application and technology.