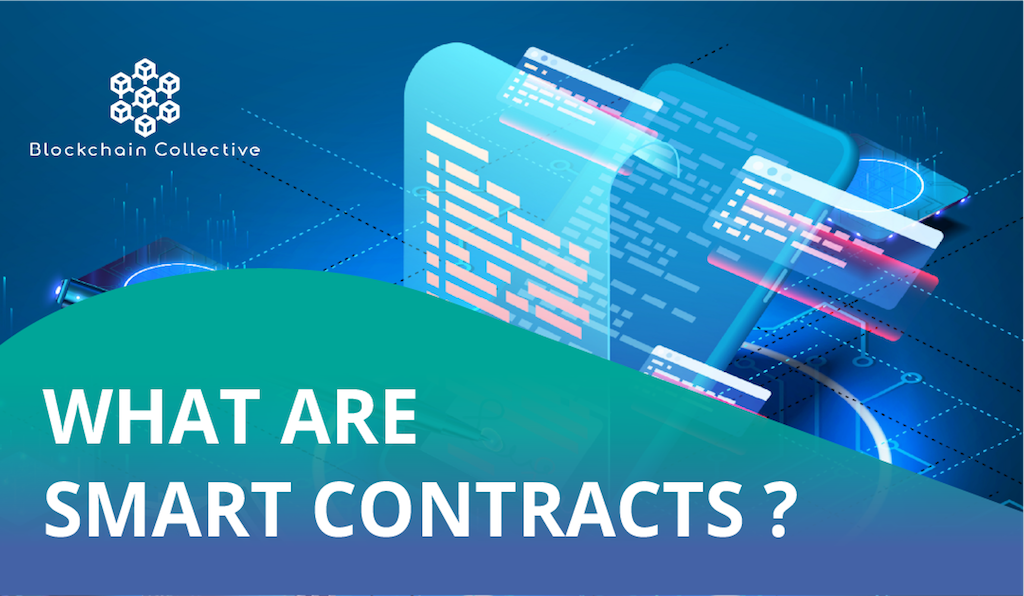 What is a smart contract? In short, it is a self-executing digital contract that is managed and enforced by automated computer code.  The code is stored inside of a blockchain and is distributed across the entire network, ensuring that it is immutable and secure. Smart contracts could be used to exchange any form of a digital asset including currency, shares and records.

Blockchain has entered its second developmental stage since its conception in 2008. The first stage laid the foundation for the technology, focusing on the introduction of digital currencies and its digital ledger. However, the second stage of blockchain has seen an implementation of one of the most innovative ideas yet: smart contracts.

How are Smart Contracts Different from Traditional Contracts?

To fully comprehend the power of smart contracts, it is important to first understand the concept of a traditional contract.

What is a traditional contract?

When people hear the word “contract”, they often think of employment contracts or property ownership.  However, it can be used for any circumstance where there is an official agreement in place. For example, the simple act of accepting an Uber ride to a destination in exchange for money could be considered a contract. Our entire economy is built on complex contractual agreements that are monitored by centralized authorities.

What makes a smart contract so smart?

Smart contracts share the same central model as a traditional contract. However, the greatest difference is the fact that they are run on blockchain technology. This eliminates the need for the involvement of third parties, therefore making it a decentralized network. Furthermore, everything is digital and automated, making any exchange function seamlessly.

What is the History of Smart Contracts?

The concept of smart contracts first appeared in 1994. Nick Szabo, an accomplished computer scientist, published a paper named “Formalizing and Securing Relationships on Public Networks”.  In this paper, Szabo describes a digital protocol for information exchange, including transactions that can be automatically executed. In effect, he has described what is now a smart contract on the blockchain network. This paper was released a full ten years before smart contracts came to fruition.

The first real use of smart contracts occurred in 2013. It was at this time that Vitalik Buterin invented Ethereum, another decentralized system operating on the blockchain. Whilst Ethereum does maintain its own form of cryptocurrency (Ether), it is vastly different to other technology run on a blockchain, such as Bitcoin. It is a large network with its own coding language and web browsers, all of which are dictated by smart contracts.  Ethereum is the most popular system to use smart contracts, but it is not the only one.

How do Smart Contracts Work?

There are four basics steps in the smart contract process:

Blockchain uses layers of computer coding in lieu of traditional paper documentation.  The lines of code represent the terms of the contract and dictate how it will take place. This process guarantees a specific outcome dependant on pre-programmed conditions. Subsequently, no individual or organisation can change or manipulate the contract.

An event refers to a transaction taking place.  Once the terms and conditions of an agreement have been met, the code automatically executes the smart contract.

Smart contracts are executed by blockchain nodes. If you are unfamiliar with the term, “nodes” are a collection of individual devices that are all interconnected and constantly exchanging data.

Nodes are critical to the infrastructure of blockchain and add value to the entire system through validating and securing information.  As the network is effectively a public source, nodes ensure that transparency and responsibility is maintained among users.

Following the execution of the smart contract, there is an exchange of value.  The “value” is pre-determined and dependant on the use. This process is also automated with no human intervention necessary.

Once the transaction or exchange has taken place, the record is stored on the blockchain. Due to the nature of blockchain, the transaction is communicated to all nodes on the peer to peer network. Therefore, the information cannot be tampered with or falsified.

To put this into perspective, let’s use a vending machine as a simple analogy to illustrate the smart contract process:

For example, Larry inserts $1.50 into the vending machine. He selects B4 on the keypad, which is the number representation for a specific can of soft drink.  The machine checks that the $1.50 is enough to buy this can of soft drink before releasing the item.

As long as the pre-specified terms are met, the contractual obligations between user and machine will be followed and there will be an exchange.

What are Smart Contracts Used For?

The world is increasingly becoming digitally reliant as new technology emerges and evolves. The use of smart contracts in business can decrease costs, reduce errors while increasing productivity and efficiency.

Smart contracts are currently being used in many industries all over the world for a variety of purposes.  Let’s take a look at some of the key areas below:

Real estate is an excellent example of real-world use of smart contracts. This could pertain to transfer of ownership or even renting.  A seller wishes to exchange their house for money and has found a suitable buyer. Normally, this process would involve a number of intermediaries such as a bank, government bodies and legal professionals.

However, smart contracts allow for everything to be completed digitally.  Computer coding writes the terms, the buyer deposits money and the seller relinquishes the house. No commissions, no delays, no unnecessary costs!  One of the first companies to implement smart contracts in the real estate industry was Propy. In 2017, an apartment in Ukraine worth $60,000 was sold using this technology.

Smart contracts are being used to improve healthcare for many people around the globe. The use of this technology ensures that the user’s personal data remains private and secure. It also assists to distribute healthcare information and records amongst several providers simultaneously.

Robomed Network utilises smart contracts.  They have built their own decentralized medical network called “Robomed EHR” (Electronic Health Record). Robomed EHR provides an online source to connect patients with providers.  More importantly, it ensures that there is efficiency and a high level of care. The doctor must adhere to a checklist when treating a patient before receiving funds.

As smart contracts are of a legal nature, there are of course benefits when implemented into the legal industry. Several such uses include:

In fact, the state of Illinois in the United States has just recently recognised smart contracts as legal instruments. On January 1, 2020 they released the Blockchain Technology Act. As a result, blockchain-based technology can be used in court and is a legally viable alternative to traditional paper contracts.

What are the Benefits of Smart Contracts?

There are numerous benefits of using smart contracts when compared to a traditional contract.

What is the Future of Smart Contracts?

The growth of blockchain technology in recent years has been unprecedented and growing at a rapid rate. As a result, smart contracts have become somewhat of a buzz word.  Operating on the powerhouse that is blockchain, smart contracts offer many advantages that a traditional contract cannot. It is a marriage of technology and law, with an added appeal of immutability and security.

As demonstrated, the usefulness of smart contracts cannot be denied.  From simple tasks such as exchanging currency to more complex matters such as trade agreements, the opportunities are endless.

The technology does not intentionally seek to replace traditional contracts, however, many think that this is a possibility.  One thing is for sure, they certainly hold the capacity to alter society as we know it. In fact, the evolution has already begun.