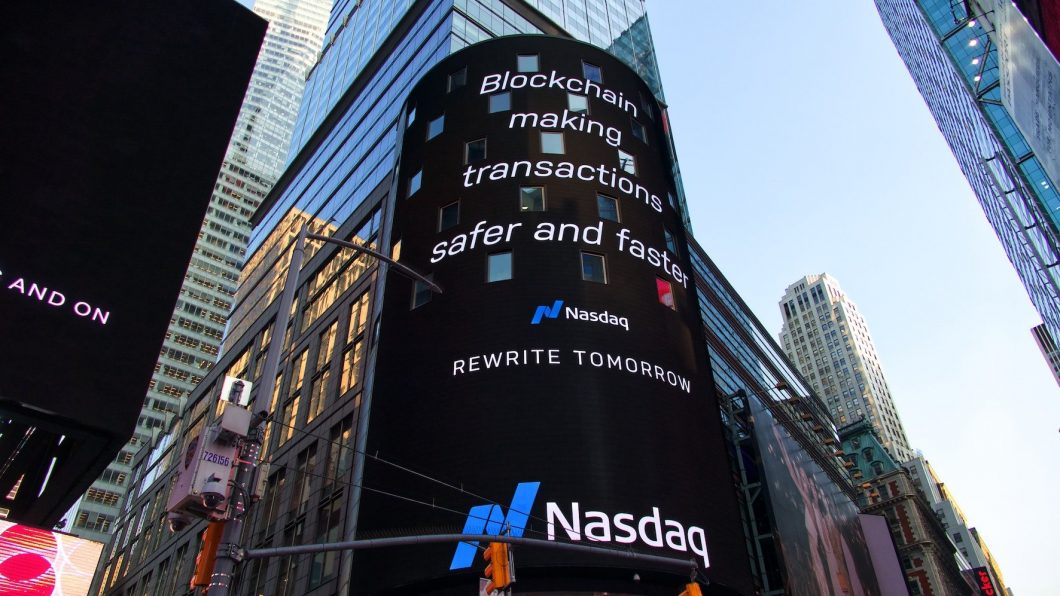 If only there was an immutable ledger for quotes on the internet, we could reliably attribute Albert Einstein (or the rightful owner) for the saying “The definition of insanity is doing the same thing over and over again but expecting different results”; a quote that springs to mind when it comes to how prepared businesses are when it comes to blockchain technology and why the B-word needs to make it to the C-Suite and beyond.

Turn back the clock a decade or so and we saw many companies struggle because they had failed to adequately prepare and adapt to the wholesale change bought by digital technology and the transformative effect of the introduction of the smartphone in 2007.

Many of us will have sat through countless presentations where variations of this IBM slide were shown and whilst some of the bullets are arguable, the impact of digital disruption and the inexorable rise of the companies who rode this wave is indisputable.

Fast forward to 2019, however, and many organisations and entities are about to make the same mistake when it comes to leveraging blockchain technology. The failure of corporate boards to include a self-disruptive approach into the core of their business is exactly why highly innovative businesses can swoop in and dethrone or even wipe them out completely.  It is a case of disrupting yourself or someone else will do it for you.

The failure of businesses to identify the opportunities and threats that the digital era presented saw several established companies like Blockbuster and Toys’R’Us go under. However, it is perhaps Kodak that offers the best apocryphal tale for businesses when it comes to blockchain.

Kodak is often cited as a business that lost its market dominance because it failed to see the digital age of photography coming. Yet, in reality, it actually invented the first digital camera in 1975; it clearly had product developers and engineers within its ranks that were forward-thinking and innovative.

The real problem was the management of the company. Although they had a new digital product, they decided not to market it as they were scared of negatively impacting their lucrative film business. Without the foresight at the C-Suite to understand that the fundamentals of their business needed to change, their competitors charged ahead and the rest is history.

The Kodak story proves that if you fail to act quickly enough (even though you have identified a new technology coming) you run the risk of becoming obsolete. And we are approaching the same phase for companies when it comes to blockchain. Many are at risk because even though some teams or divisions may be looking into potential applications and projects, there remains a significant knowledge gap at the top.

The big tech players like Facebook and Google have large teams already working on blockchain-related initiatives. Mark Zuckerberg recently acknowledged that he is ‘potentially interested’ in putting Facebook login on the blockchain and is launching its own cryptocurrency, Libra. In Australia, Commonwealth Bank are partnering with Data61 to pilot a block-chain based programmable money app for the National Disability Insurance Scheme (NDIS) and even JP Morgan, whose CEO Jamie Dimon famously called bitcoin a ‘fraud’ has since introduced a stable coin.

There’s enough global and local momentum to conclude that we are now beyond the tipping point of “if” the technology will be used and firmly into the “when” (of when we will see mass adoption). IDC’s most recent report outlines worldwide blockchain spending in 2019 is expected to grow to $2.9 billion, an 88.7 per cent growth since 2018 and in March the government revealed plans to develop a national blockchain and roadmap aimed at making Australia a global leader in the development and adoption of the technology.

WHAT THE C-SUITE SHOULD BE DOING

Not all businesses will be impacted in the same way (and blockchain isn’t going to be the answer for everyone), but it’s likely that most industry verticals will at least be able to deploy it to drive efficiency and transparency. The C-Suite, at minimum, need to have a foundational idea of what blockchain is and how it could be used within the whole of their business; it can’t just be left to special project teams focused in on specific areas of the application without having the holistic view.

Ignorance presents tremendous exposure to a competitive blind-siding and business history has repeatedly shown us that those who fail to adapt, fail to thrive and as we enter the fourth industrial revolution, we’ll inevitably see new casualties emerge.

To avoid being one of them, it’s imperative that businesses sit up, take notice and act now.

Save a seat on the board for the disruptor.